A practice-based research project around the methods of the "pédagogie institutionnelle as developed in France, amongst others, by Aïda Vasquez (1937-2015) and Fernand Oury (1920-1977) from the 1960s onwards. In April 2017 Scriptings#49 La Presse was installed at La Galerie in Noisy-le-Sec in the suburbs of Paris and used continuously over a three month period for printing workshops with children, adolescents and adults. The workshops were organized in collaboration with local institutions such as Unités Pédagogiques pour élèves Allophones Arrivants – UP2A, Ateliers Sociaux Linguistiques and Centre social du Londeau. Additionally, a research group was set-up with the team and collaborators of La Galerie (Vanessa Desclaux, Emilie Renard, Florence Marqueyrol, Clio Raterron, Catalina Rugeles, Hélène Deléan) to critically engage with the practice of the "pédagogie institutionnelle" and to question its relevance for the everyday practice of mediation at the gallery. One main aim of La Presse was to allow
a variety of different languages (additionally to French) to inform the printing workshops. The project will find a temporary conclusion with the publication of an on-line journal to be published in March 2018. 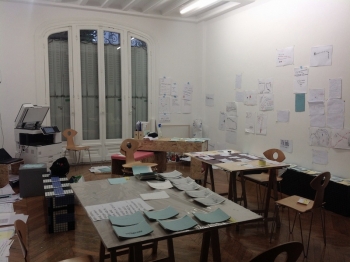 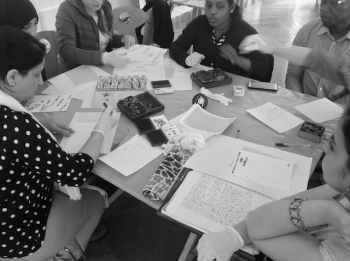 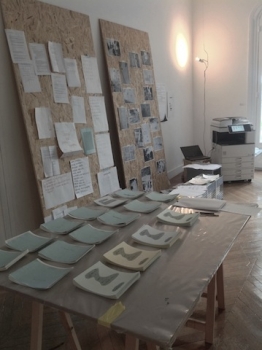 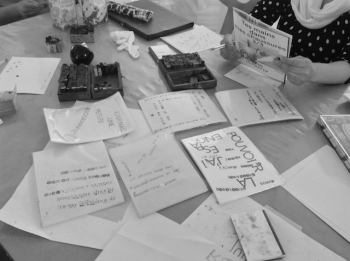 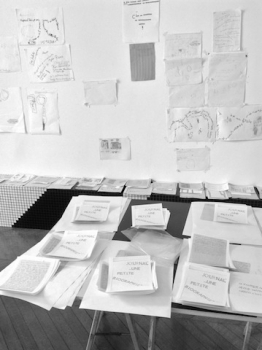