Wir haben gut reden (Studies on the political subject #3) appropriates debates and discussions amongst West German authors in the mid 1960s about the question of the political engagement of the artist and intellectual. The author and playwright Peter Weiss and his relation to the Gruppe 47 (yearly gatherings of German-speaking authors, publishers and critics) play a central role in the work that comprises a large-scale wall drawing and video. Weiss' political statements and his embrace of socialism can't be separated from his precarious identity as a German-Jewish expatriate living in Stockholm who faced feelings of alienation and exclusion incessantly. Notebook entries of Weiss, polemics by Hans Magnus Enzensberger or Martin Walser serve as historical materials for the scenes shot on video with an actor in a sparsely furnished room. The collage-like mise en scène of images and text in Wir haben gut reden creates a complex narrative about the ambivalent relationship between thought and action, art and politics in the divided world of the 20th century.

Florian Wüst is a visual artist and film curator based in Berlin who frequently lectures and writes about topics related to film, society and modern technical progress. 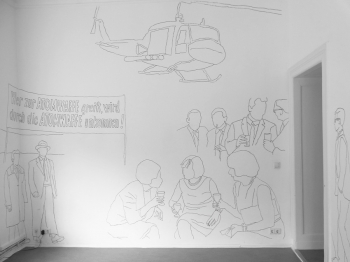 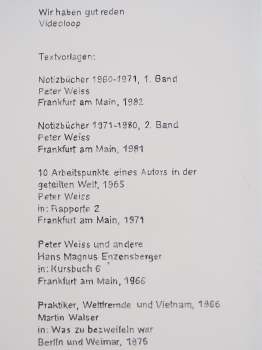 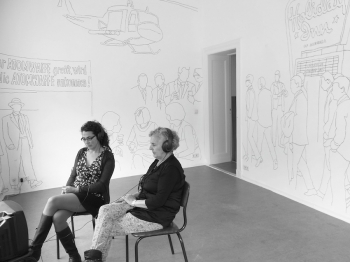 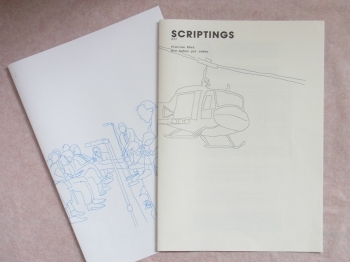 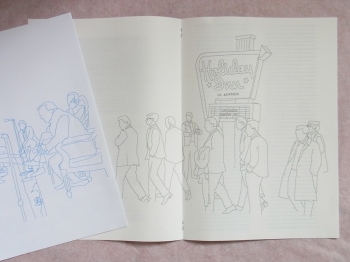 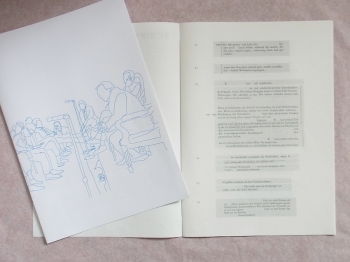 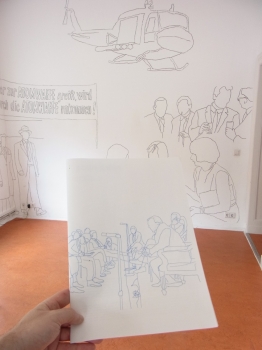 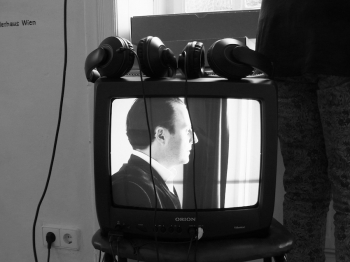