Please feel warmly invited to Uriel Orlow's lecture performance Unmade Film: The Proposal on 23. October 2016 at 7 pm at Scriptings/Berlin. The same evening we will also launch the publication Scriptings#43 Unmade Film: The Voiceover.

"Upon the horrific realization that Kfar Sha’ul is in fact Deir Yassin, Orlow set out on a journey to probe the meaning of one painful event in history obliterating the other, in a context of historical intimacy between both…  Orlow’s Unmade Film reconstructs a narrative of space, time and historical blind-spots that adds layers of unsettled new meaning to questions of subconscious pain, trauma and suffering in the contexts of obliterated geo-histories.”  Hanan Toukan

Unmade Film: The Proposal is a lecture performance that presents the journey of a film that is impossible to make .


It takes as its starting point the mental hospital Kfar Sha’ul in Jerusalem. Initially specialising in the treatment of Holocaust survivors – including a relative of the artist – it was established in 1951 using the remains of the Palestinian village Deir Yassin that had been depopulated in a massacre by Zionist paramilitaries in April 1948. In the lecture performance the artist reconstructs a narrative of time and space and explores questions around narrative structures and the eventual impossibility of making the proposed film. The live format combines story telling, autobiography, and interrogation with the act of witnessing on the part of the audience.

Unmade Film is a collection of audio-visual works that point to the structure of a film but never fully become one. The different elements evolved over a two year period of research and production through exchanges and collaborations with psychologists, psychiatric nurses, historians, musicians, pupils, amateur actors, curators, artists and others. In this last work of Unmade Film, the artist returns to the very beginning of the project, looking backward and forward at the same time. 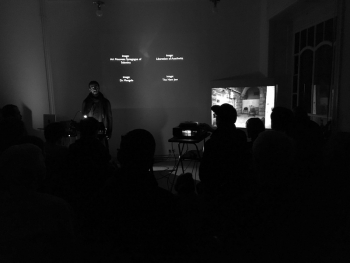 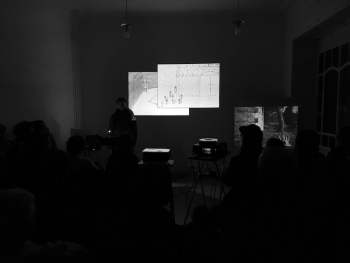 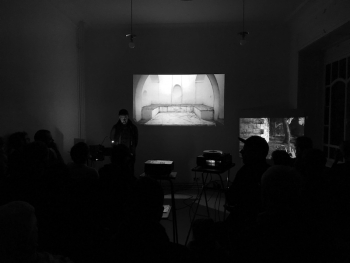 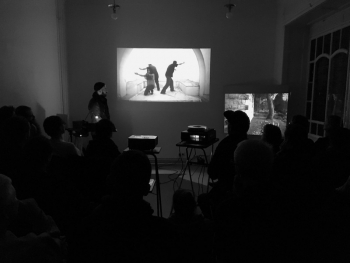 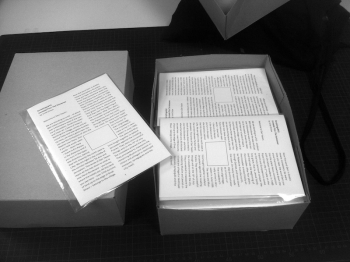 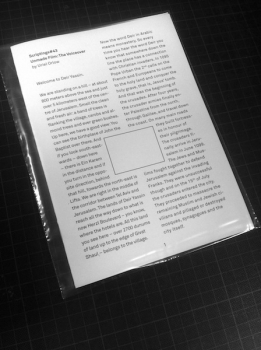